Depth musicology is a blend of depth psychology and music education—the name I have given to my practice and research.

“Depth psychology” refers to a field of study and group of practices which prioritize our relationship with the unconscious. If we see the whole personality as an iceberg, the tip above the water corresponds with consciousness, what we know, our awareness. The part submerged represents the unconscious. Depth psychologists study who we are below the surface, in dark, Protean* depths. If it sounds spooky this is because we tend to fear what we don’t know, and in this case, I’m suggesting we don’t know aspects of our self.

A question surfaces: “If the unconscious is unknown, how may we study it?” Pioneers in psychology found that although we do not see the unconscious per se, we find imagistic expressions of it in our dreams and fantasies, in neurosis (cultural and individual), in “slips of the tongue,” fairytales, religion, mythology, nature, and the arts.

As the discipline of psychology emerged in the late 1800s, Sigmund Freud, C.G. Jung, and many other researchers were working toward a “general” psychology—refining ways for people to help themselves live psychologically healthy lives. Today, we feel a similar attitude in holistic practices like meditation, martial arts and yoga.

The tragedy of this general psychology, lives ironically in another image Freud and Jung gave us: that of the broken patient lying on a couch or sitting in a chair, receiving something called psychotherapy from a psychologically “whole,” expert doctor-type. This angle, etched into our culture, begs the question, “Are we are even capable of caring for ourselves?”

The Myth of Analysis

In 1993, amidst a growing number of psychotherapists, James Hillman observed, “We’ve had a hundred years of psychotherapy and the world is getting worse.” He took aim at our culture’s blind spot, reflected in the psychoanalytic community: what Jung saw as over-prioritized “thinking function”—marked by our tendency to analyze, evaluate, and rationalize. Hillman’s book, The Myth of Analysis, is a radical, refreshing look at what (and whom) mainstream psychology overlooks.

Stay with the Image

Hillman offers that since psyche’s expression is fundamentally imagistic and mythic, we fail ourselves with interpretation. Trying to translate the mythopoetic into something rational, quantifiable, diagnosable, denies the individual and the very nature of the unconscious, by derailing deeper connections with self, and trumping what Hillman called, “thought[s] of the heart.” 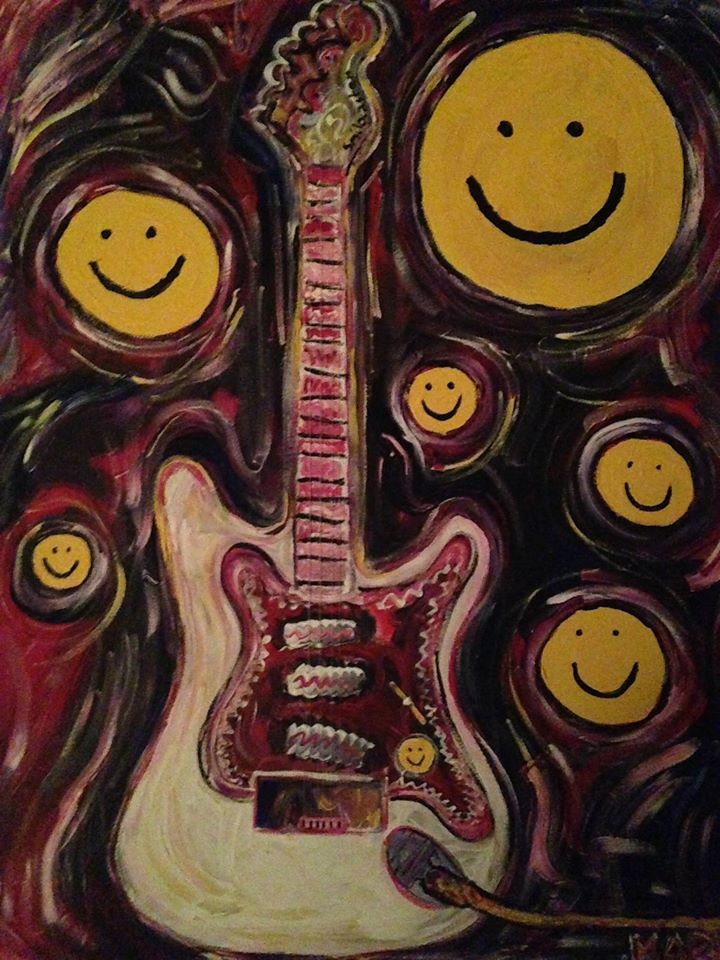 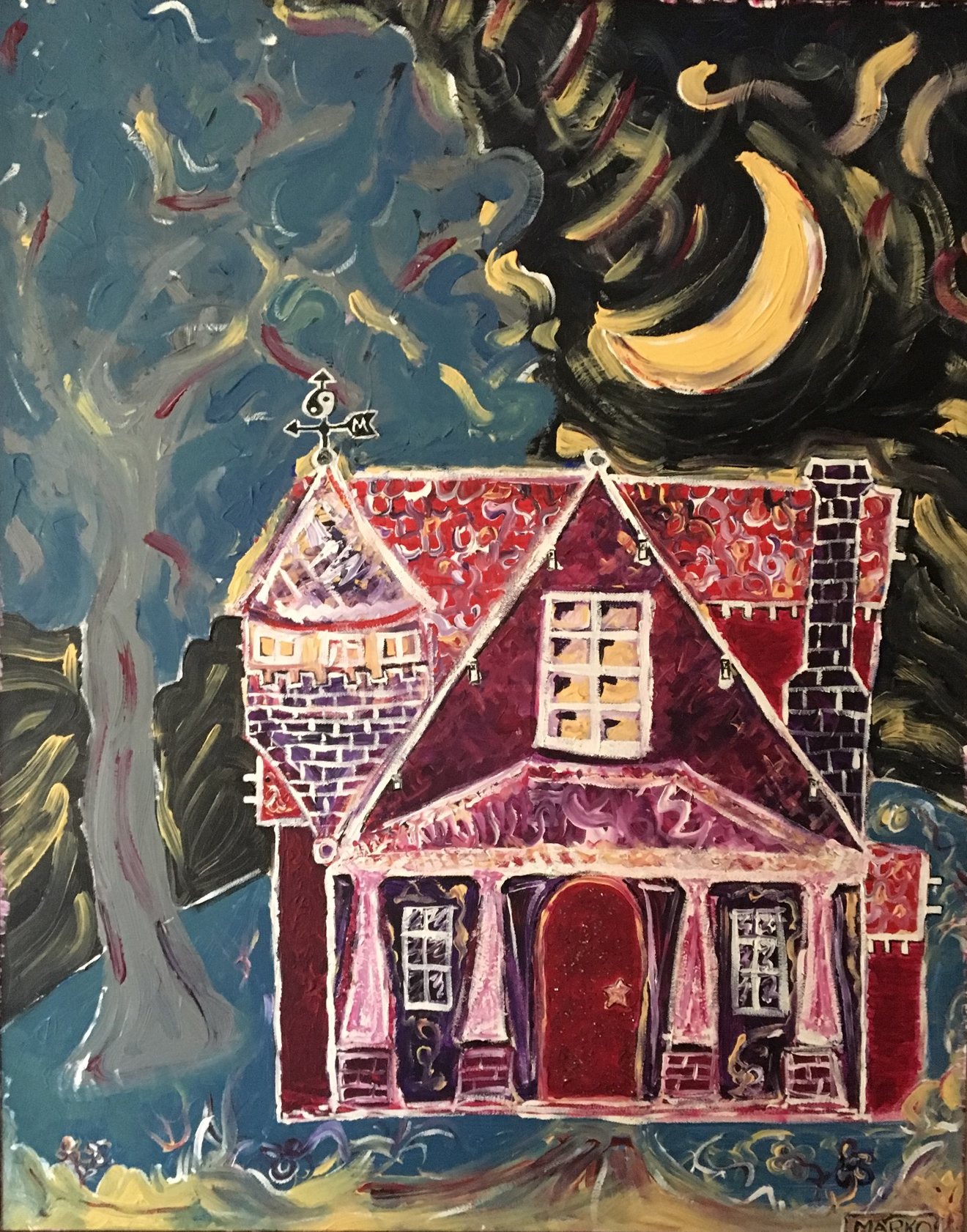 “We have to get out of our heads and into our hearts,” many have said, but how, exactly, do we do this?

In answer to the riddle, Hillman instructs us to “stay with the image” (of our dreams, neurosis, fantasies & wakened life) instead of searching for hidden meanings and investigating symbolic potentials. Hillman’s work, imaginative and rebellious, succeeds in showing us how tending an image closely, viewing it from many aspects—without evaluating or interpreting—can shift perspective, soften attitudes, and open us to creative possibilities. From this vantage point, psychological health is about engaging psyche with respect for, and attention to, psyche’s way. Many creatives affirm this idea in-dialogue with the muse.

Coming to the field of depth psychology as a musician, songwriter and arts educator, Hillman resonates strongly. I imagine my own work to be a process of attending images sprung from the unconscious—over and over again. Every time I practice or compose a piece, teach, or learn someone else’s work I’m forced to “stay with the image” of the song. As soon as I start thinking about it, trying to make it sound “good,” considering what I “should” do, or fearing my audience’s rejection, I lose the groove, I fall out of grace—out of dialogue with parts of myself which sense, feel, intuit, and express without control or evaluation.

Grammy Award winning bassist, Victor Wooten, encourages us to “try easy.” This is because when we try “hard” we have a goal in mind and thus are no longer tending the image. We’ve left our hearts for will and reason—plotting, often fearfully, for success or survival. The ancient Greeks’ practice of notitia, close noticing, and the Buddhists’ attention to mindfulness are relevant to Hillman’s work, and affirm its relationship to the artist. Master pianist Kenny Werner concurs, “Mental health is restored as [we] learn to stay in the moment.”

In the words of Buddhist contemplative, Thich Nhat Hanh, “Peace is every step.” His prescription for harmony in life connects the work of the psychologist to the musician. As members of a band we have an obligation to something other than ourselves, our job is to serve the music, to stay with the image at every moment. When we do this, Music shows us the way. At the 2019 Roots Rock Revival in upstate New York, Master Oteil Burbridge (Allman Brothers Band/Dead & Co.) said, “Get in the groove and let the groove show you.” On a similar note, Bob Weir, songwriter and founding member of The Grateful Dead, sings of moments when, “The music plays the band.”

Growing up in a musical family, musical conversation became a sacred activity, a primary form of expression. When times were rough in middle and high school, tending the music became a ritual where I held conflicts, unjudged—expressing feelings of angst, anger, depression, love, longing, loneliness, jealousy, sadness, isolation and dismemberment, to name a few! Though it was an unconscious form of protection at the time, connection to this ritual led to my vocation and ultimately a study depth psychology.

The ancient Greeks, who gave us the major scale & musical modes (a highly differentiated system of feeling-expression) also gave us the word psyche, which likens the human soul to the transformative process of a butterfly. In this colorful light, psyche is creative process and psyche refers to soul. At its roots therefore, psycho-therapy translates as “care of the soul,” or care of soul’s creative process.

In response to the question, “Are we … capable of caring for ourselves?” I believe “psychotherapy,” isn’t as much about the psychotherapist as it is learning to recognize and engage psyche’s creative expressions. Sometimes we do this on our own, and sometimes we get help from others along the way.

Talking to someone, feeling heard and unjudged, is a transformative experience. Even though Hillman deconstructed the myth of analysis, he regarded relationship in the therapy room as something sacred—where rapport and respect between two souls bring “Hestian” consciousness. Hestia being the goddess of hearth and home: warmth, safety, a centered sense of “place” and connection from which self-care and general psychological practice may emerge.

Prioritizing our relationship with the unconscious, we invite our imagination to join-in whole-heartedly. Embodying the attitude of the artist and musician with a playful, attentive, inquisitive approach, depth musicology engages psyche with a variety of tools—including, but not limited to, dream-journaling, active imagination & dialogical writing; writing and reading prose, poetry, lyrics & myth; doing yoga and qi gong; drumming & singing; playing, listening to, and composing music; drawing, painting, collaging, sculpting, dancing, acting, and being in nature.

It is not necessary to “be” an artist or musician to practice depth musicology—though you may become one in the process. And while music is central to depth musicology, for its ability to express subtle variations of feeling-tone, and for my biased connection to its language, it is imbedded in an array of creative cross-training activities—all of which are designed to help keep us present, encourage dialogue, and cultivate “thoughts of the heart.” Everyone is different, and for each, individual psychology, there are as many ways to tend images of soul, and to engage psyche’s ongoing creative process.

*Proteus is an ever-changing, ancient Greek god of the sea.